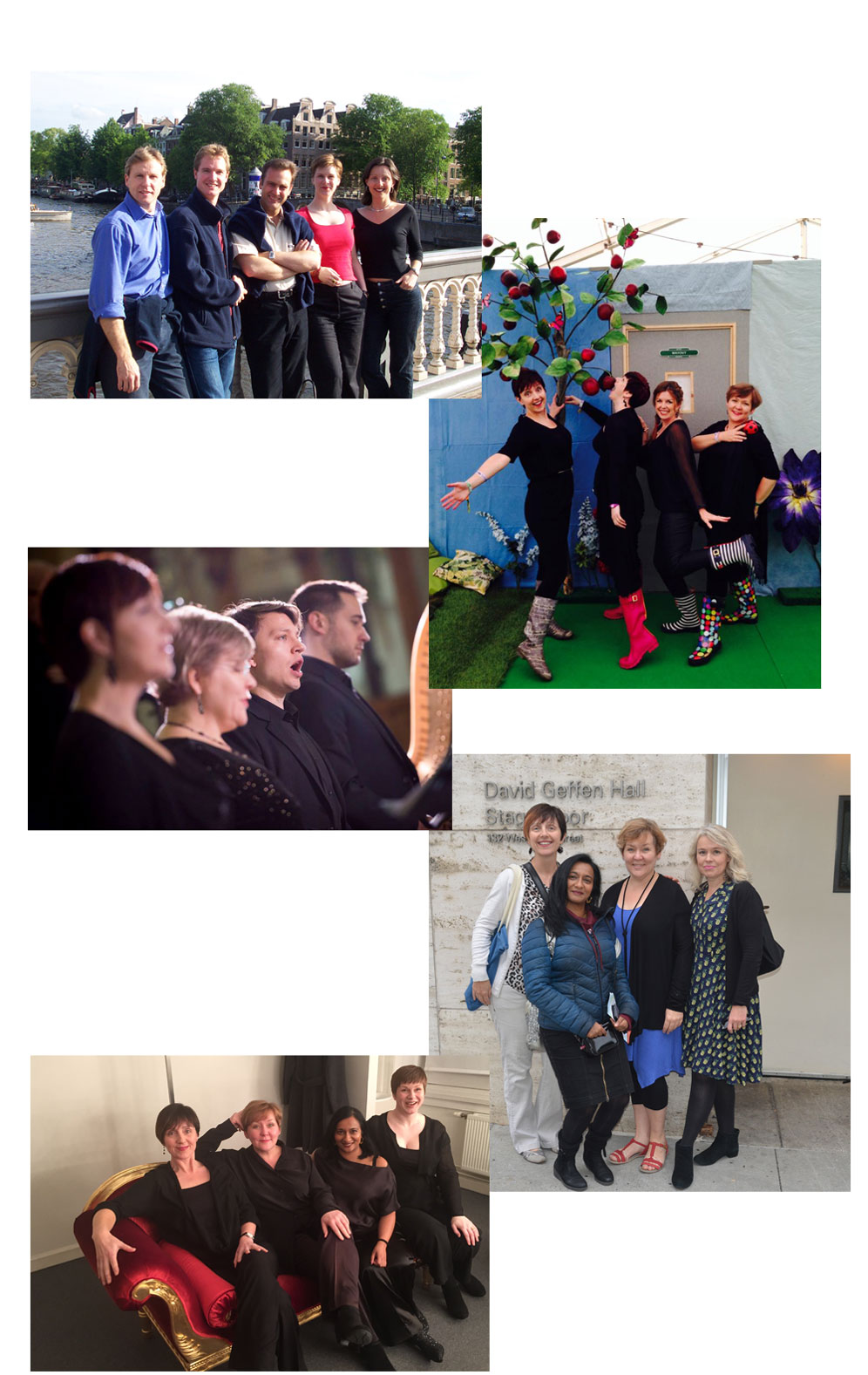 On this day in 2018, we were on a roll with the third of our three performances of Andriessen's Tao at David Geffen Hall (Lincoln Center, New York). The very splendid New York Philharmonic was conducted by our beloved "chief conductor" David Robertson. And there were some fascinating pumpkins on sale down the road. ... See MoreSee Less

On this day in 2009, Amy Haworth, Heather Cairncross and I were heading home after our first performance of "Shelter" by Michael Gordon, David Lang and Julia Wolfe. Shelter is a quasi-theatrical piece, involving 2 screens, various projections, lighting, and much moving around for the singers (around the on-stage instrumentalists). The director drummed our route into us, round a mocked up stage in Cologne, so that the changes between movements might be as seamless as possible. Once we got to the theatre in Strasbourg, however, it transpired that stage-left was impassable, due to a clutter of lights, wires, electronics etc, there were problems with lighting, and difficulties in seeing the conductor (Peter Rundel). We did have a conductor monitor on the balcony, but when the front scrim came down, Peter looked like a blurred snowflake. Still, we made it through. Ah, the joys of live performance! ... See MoreSee Less