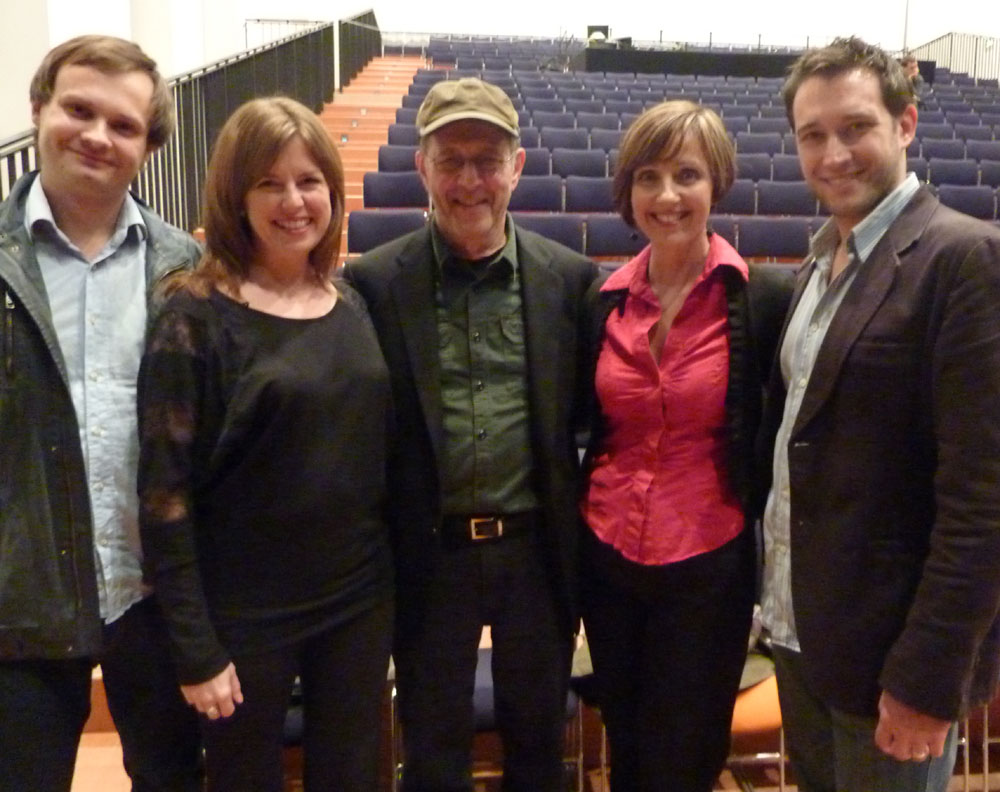 'The Cave' team with Steve

“After a 4.45am check-out of our Paris hotel (aagh!), Jo and I flew back to Dresden via Düsseldorf with Ensemble Modern.  At Dresden airport, a bus was waiting to take us straight to the Festspielhaus for our dress rehearsal of The Cave.

Our weary spirits were lifted hugely by the most delicious brunch waiting for us in the restaurant there.  As we tucked into our scrambled eggs, fresh fruit, Parma ham, and all sorts of other deliciousnesses, the hideously early start faded into a distant memory – probably because it was a distant memory, six hours to be precise!

Tom and Al had flown out the night before, so at least two people were fresh for the run-through which went surprisingly well, all things considered.  About half way through the rehearsal, I resorted to handing out 80% Belgian mini-chocolates to keep everyone awake.  Fortunately, I had a bag of these in my case that I’d bought in Monoprix the previous day.

We had about three hours recovery time back at the hotel before the performance, but I didn’t get any sleep.  It’s really difficult to sleep when you know it’s your only opportunity and you need to do it NOW.  My brain was thoroughly rebellious, so I had to make do with a lie-down and several cups of tea.

View of Dresden from my hotel window

We were all slightly apprehensive before the concert.  Although we had performed The Cave once before in Strasbourg, this was to be Steve Reich’s first hearing of our rendition.  I had made various executive decisions about the way we would deliver the vocals, somewhat different from the recording, but fortunately Steve was utterly delighted.  I was especially pleased for the other singers who are relatively new to Synergy but who had totally committed themselves to this project.  Their hard work really paid off. 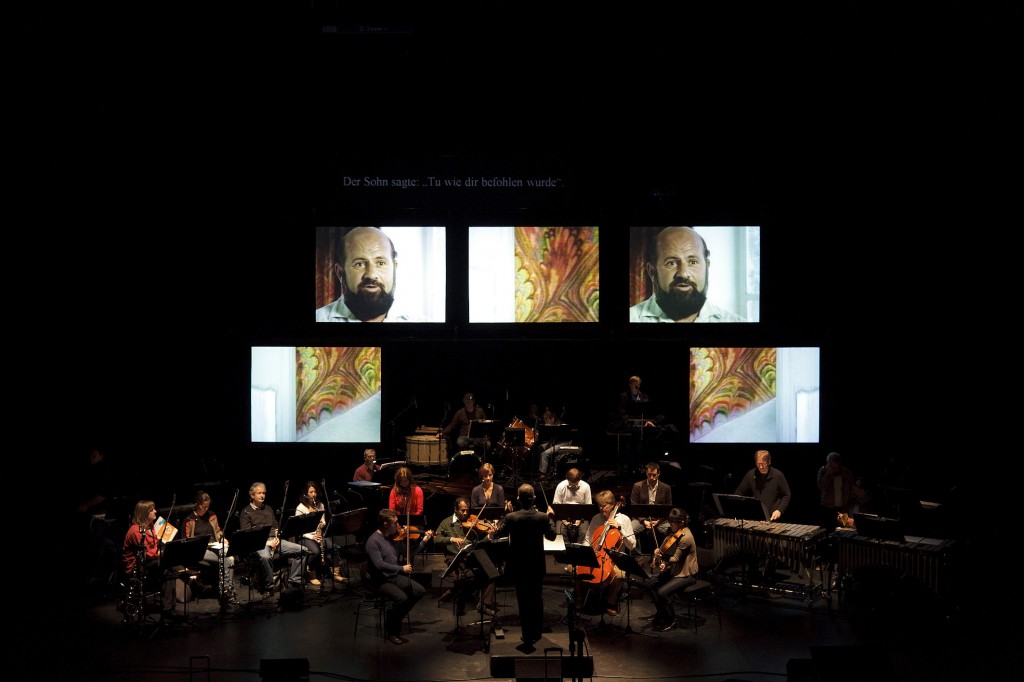 The previous week when I was in Dresden for Tehillim, I was still recovering from a sickness bug I’d had two weeks earlier, but now the time had come to get back on the Prosecco!  There was a great atmosphere in the bar after the concert.  Jo, Alastair and I did very well in outstaying our welcome and being the last to leave – an old Synergy motto.  Actually, we didn’t outstay our welcome.  The very nice man at the bar was delighted that we were there.  He took our photo (apparently he has a whole string of photos of “last to leave-ers”) and even gave us the remainder of the most delicious cake.

Back to London for me the following morning (rehearsals for The Desert Music with LSO), while Jo stayed on for Synergy’s final Music for 18 of the year – joined by Julia Batchelor, Caroline Jaya-Ratnam and Jenny Bacon.  I saw Jenny for the sum total of five minutes at the hotel lift in Dresden, but I heard that their Music for 18 went swimmingly well and that they had a good knees-up afterwards.  Many thanks to all concerned.  Dresden was quite a team effort!”