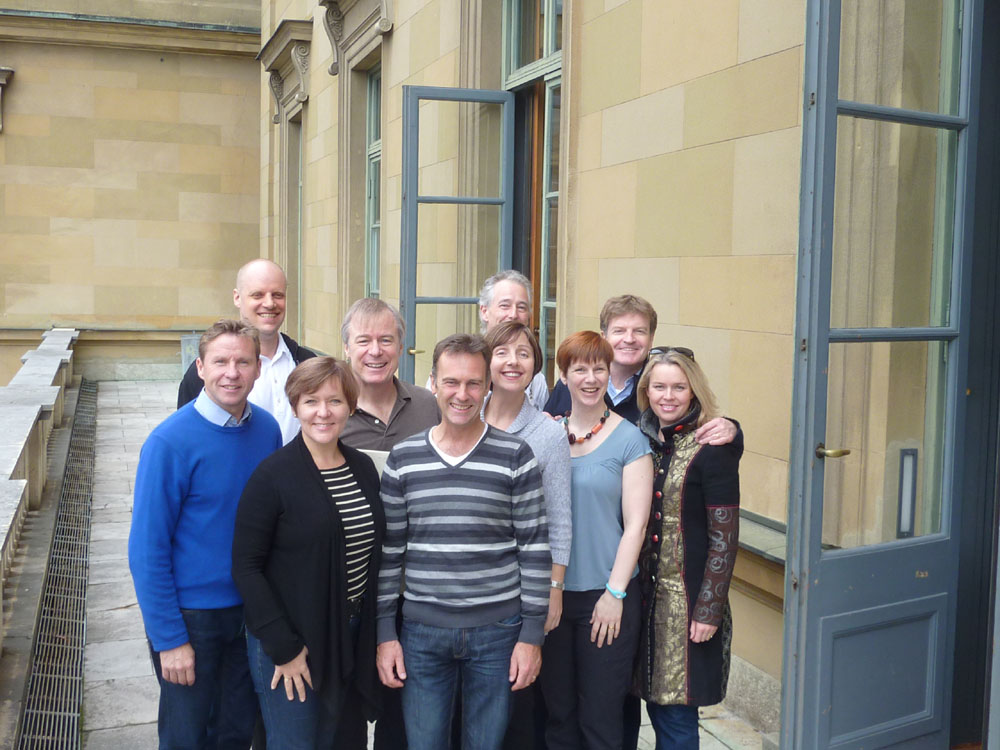 “Here we all are on a balcony just outside the concert hall of the magnificent Residenz of Munich.  Simon Stockhausen was our sound engineer for this concert, having done a marvellous job for our Sinfonia with LSO in Berlin last year, and it was wonderful to be working with David Robertson again.  We like to think of David as our founding conductor as he was at the helm for our first ever concert of Tehillim in 1996 – for Steve Reich’s 60th birthday.

We were staying at the Hotel an der Oper, which was perfectly situated for the concert hall and the centre of town. There is also a really excellent, and reasonably priced, Italian restaurant on the ground floor – hurrah!

With only one rehearsal per day, there was plenty of time for us to enjoy this beautiful city.  I loved these treble clef railings in the “English Garden” next to the Residenz.  Gerry’s wife (Ju) was with us for a couple of days and, while we were rehearsing, took herself off to visit the Neuschwanstein Castle, of Chitty Chitty Bang Bang fame.

Back in the Residenz, our concert hall looked lovely but was worryingly resonant.  With a wooden stage like a giant sounding board, this was going to be a tricky gig for Simon Stockhausen.  We started rehearsals sitting right in front of David in a semi-circle, as we’ve done so many times before, but in this hall he found it very difficult to hear the orchestra with our monitors right under his nose.  So we spread out and moved back into the body of the orchestra.  This was much better for David but more difficult for us singers to stay in touch with each other.  This picture will give you an idea of how far apart we were from each other.

View from my chair

Simon was getting very good at riding the monitor levels during the piece, so that the levels came right down in the particularly quiet sections.  One of these moments is the beginning of the 4th movement, which involves only the singers, muttering and singing as quietly as humanly possible.  Sitting at the front, we had agreed with Simon that he’d turn the monitors off completely because the acoustic sound was loud enough, but in these new positions it was most unnerving as we each felt as though we were each singing a complete solo.  We decided on a bit of level after all!

The concert went really well, and David managed to draw out yet more detail from this incredible piece of music.  I wonder whether there is another conductor who knows Sinfonia as well as he does.  Every time we sing the piece with David, we discover things in the orchestral parts that we’ve never heard before.  I love the fact that his interpretation of the piece never seems to be pre-conceived; it always sounds spontaneous. 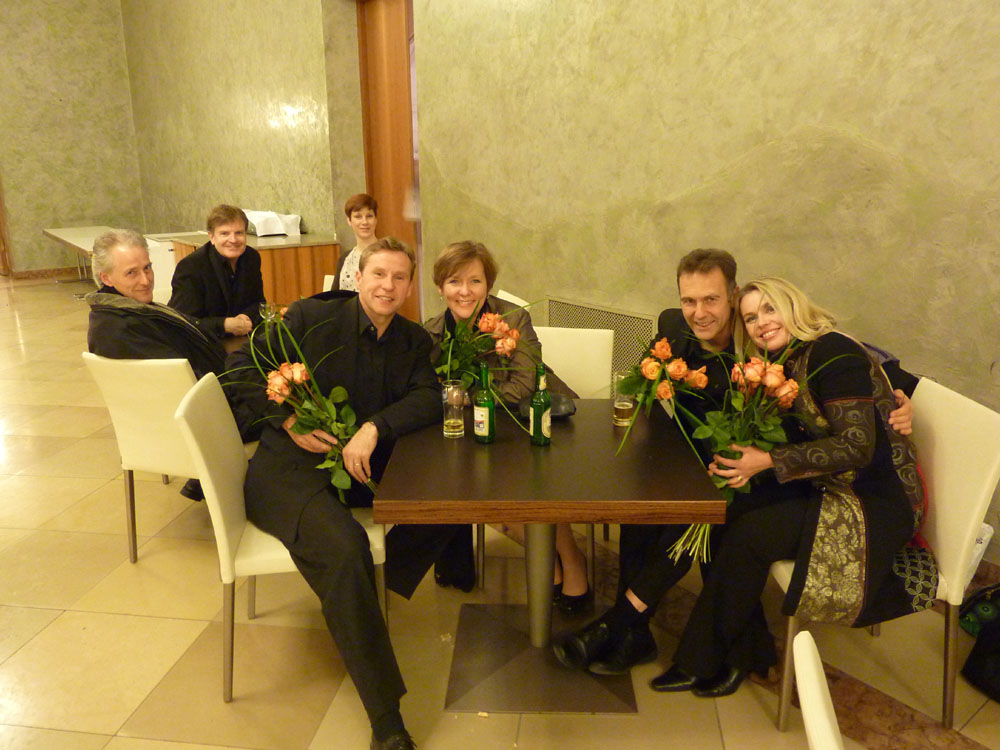 These few days in Munich were over all too quickly.  After the concert, drinks were laid on in the foyer for performers and audience alike.  We enjoyed a glass or two then rounded the evening off in a fabulous all-night burger place right opposite our hotel.

Munich airport was a complete nightmare on the way home, and gets the prize for the longest check-in queue I’ve ever encountered.  It took about 40 minutes to get near a desk!  But the good news is that, weeks later, my roses are still going strong – so I’m very glad I made the effort to bring them home!”