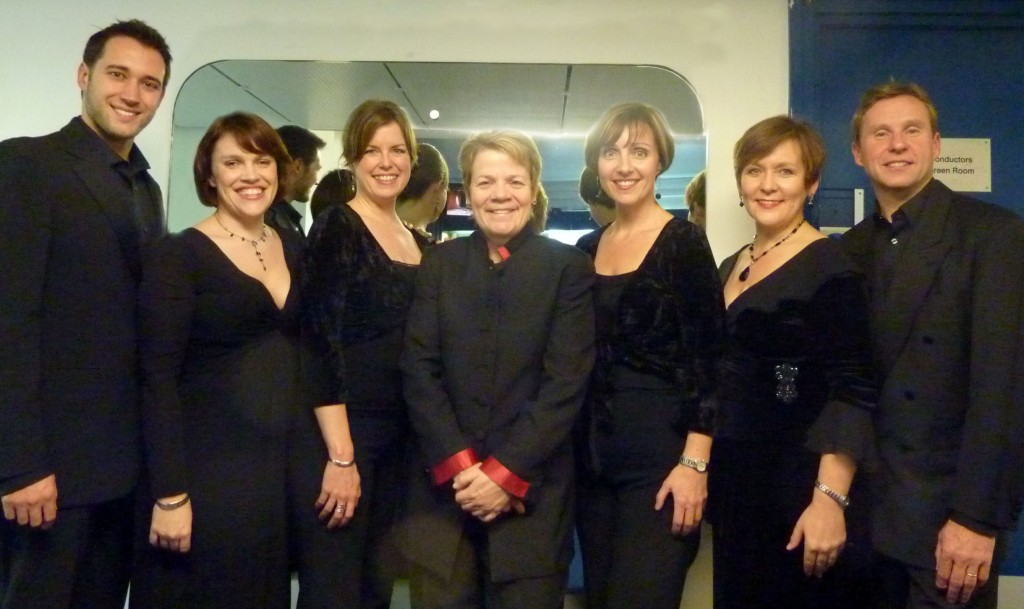 “Voices of Light was a new piece for us and we always love a new project!  The music by Richard Einhorn was inspired by and designed to run alongside the famous 1928 silent film The Passion of Joan of Arc directed by Carl Theodor Dreyer.  Renée Jeanne Falconetti’s performance of Joan is astonishing and the whole is extremely moving, indeed harrowing at times.

The piece is scored for strings, wind, a synthesiser (for church bells), chorus, SATB soli, and “the voice of Joan” which can be sung by four early music female voices (Anonymous 4 on the CD – mostly doubling two to a part), or two voices, or the S and A soli could sing these sections in straighter tones.  We opted for the second version.  I was very keen to have these passages sounding completely different from the rest of the ensemble, giving a “churchy” feel to the chant-like simple lines of music.

Much of the piece is in ancient French, so we called upon the services of Michel Vallat to help us with the text.  We were given a pronunciation guide, made by one of the Anon 4 singers, which was extremely helpful up to a point, but the American accent gave the words a bit of a twang which we wanted to extract for our London performance.  You never know how many “experts” you’re going to have in your audience!

It was great to have Olivia Robinson on the team for the first time.  There is very little I have come across that she can’t sing, but having recently attended one of our Steve Reich events (straight, repetitive singing on close microphone), Olivia had requested that I never ask her to do a Synergy gig!  So how could I resist?  Although we were being amplified for this project, the quartet needed to be much more soloistic than for a Steve Reich concert.  When I heard the soprano solos on the Einhorn CD, I immediately thought of Olivia – and she was definitely the right choice. The quiet sections were absolutely stunning, then when she had a string of fortissimo top C’s, they were even more impressive! 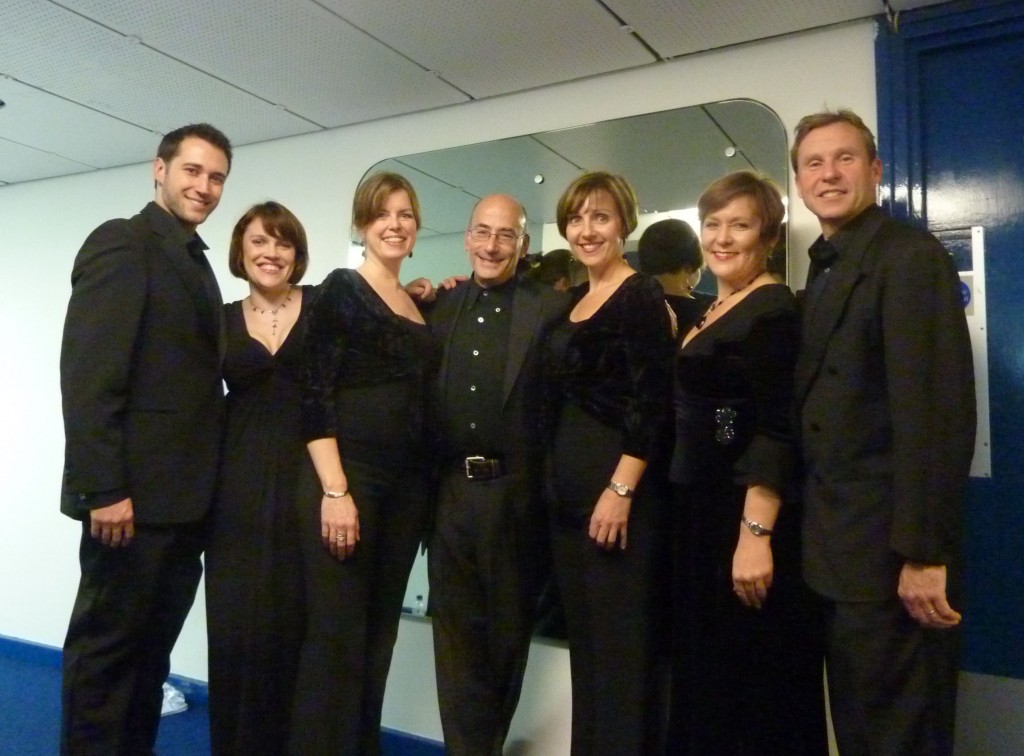 The team with Richard Einhorn

Heather, Andy and Tom also had their fair share of pearly solo moments, and they all sang brilliantly.  Joanna L’Estrange and I sang “as one”, providing the voice of Joan.  It was lovely to hear from members of the choir, orchestra and audience that we sounded exactly the same, and that you couldn’t tell when we were singing in unison until the parts diverged.  It’s lovely to hear comments like that, because we really do care about getting the right voices for each piece we sing.  There is no such thing as a “soprano” or an “alto” beyond a vague notion of range.  Every singer sounds completely different from the next, and some are more able than others to modify the way they sing in order to find the “right” sound in any given situation.

We had our lovely friend Ian Dearden (Sound Intermedia) on the desk, so we knew we were in safe hands.  The monitor sound for Jo and I was critical in helping us create the right mood for our “Joan” sections.  A higher mix than usual, with some added reverb, ended up being just the thing to persuade us that we were in a big church, rather than on the dry Barbican stage.

Our conductor, Marin Alsop, was absolutely delightful, extremely efficient and wonderfully clear.  It was a real pleasure to work with her, and I sincerely hope that our paths cross again.  We have another LSO project coming soon (January and February 2012 – Kurt Weill’s Seven Deadly Sins) so, happily, we know it won’t be too long before we see our player friends again.

Voices of Light was our final big concert of 2011 and it was a great way to end an amazing season of exciting projects.  Who knows what 2012 and 2013 will bring…..I love my job!”