“We were really excited to be performing The Cave – the one remaining vocal piece of Steve Reich’s that we hadn’t sung to date.  This was also to be the première of the slightly pared down version (pared down in terms of staging and technology – though the piece is still run by 10 computers, and is well over 2 hours long!).

In order to put the project together, Ensemble Modern had hired a theatre in Niedernhausen, in the middle of nowhere, for a week in August.  We stayed in the Ramada hotel next door, which couldn’t have been more convenient, and had the theatre to ourselves for five days.  The Cave had only ever been performed by Steve Reich’s US ensemble, so we had a couple of the American tech team with us to help the EM crew get to grips with all the lighting, video and midi cues.  We had a really lovely week in Niedernhausen.  Most mornings were free for the musicians (for technical rehearsals), the hotel breakfast was a veritable banquet, and it was really hot and sunny outside.  There was a supermarket and two really excellent restaurants at the bottom of the hill – Italian and Thai – so we wanted for very little!

The conductor, Jonathan Stockhammer, was new to us, but he turned out to be delightfully easy going and a pleasure to work with.  We four singers had rehearsed a little bit in London, so our ensemble was in pretty good shape.  Most of the really tricky stuff in the piece goes on between the string quartet (particularly the viola and cello) and the pianos.  They have to play along with spoken text, which can only be notated approximately.  So it was a case of running the video a few times, listening to the speech, then just playing along with it over and over again until it felt natural.

The trickiest job of all in The Cave is definitely the conductor’s.  He has a whole array of aural cues that must be obeyed – midis, clicks, count-offs etc – and the piece changes speed a zillion times, according to the speed of the speech in the video at any given time.  For us and the players, there is the added joy of the piece changing key all over the place, sometimes every four bars, and the vocals lines (particularly in the duets) are by no means predictable.

The piano parts are pretty hellish but, as usual, the legendary Ueli and Hermann had them nailed in a couple of days.  These guys work so hard, without complaint – and just keep at it until they get it right.  I love their attitude.  I am a big fan of these two!

One month later, we met up in Strasbourg with just a day’s rehearsal before our first performance – hence all the work in Niedernhausen.  I’d been looking forward to this so much, but the headaches I’d been suffering in Düsseldorf and Bonn had turned into something more sinister.  I couldn’t tame them with painkillers, and I became more and more nauseous.  In the end, I missed the dress rehearsal, because I simply couldn’t get out of bed.  The lovely Kathrin from EM went off to the pharmacy to get more painkillers and some anti-emetics, and somehow I managed to get through our first performance of The Cave, though I can’t say I was in best form.  Everyone else did marvellously well, as far as I could make out, and I’m glad I didn’t miss it. 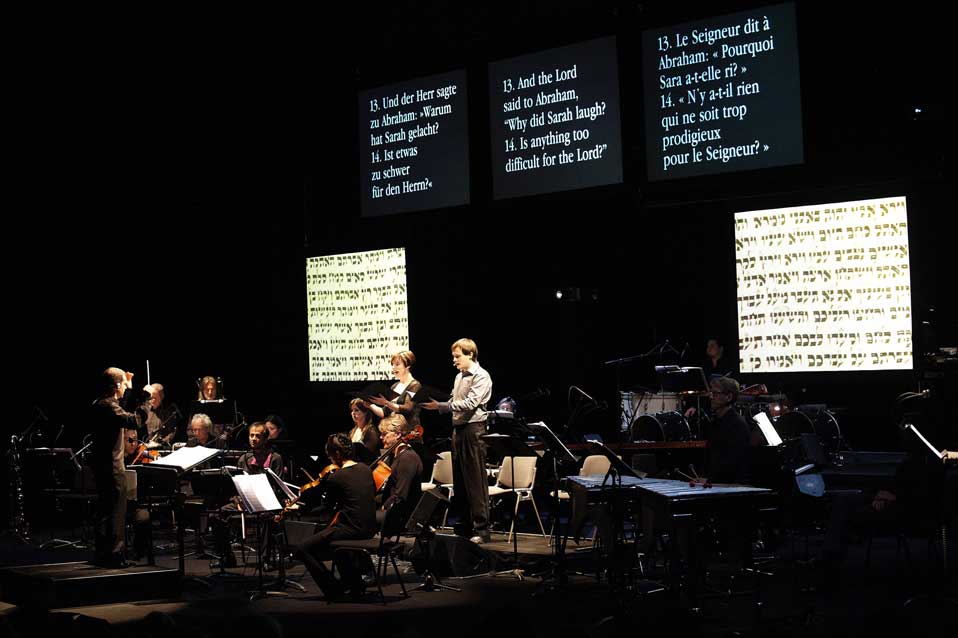 I’m really looking forward to our next performance in Dresden, when Steve will be there.  Hopefully, I’ll be able to enjoy that one considerably more!”